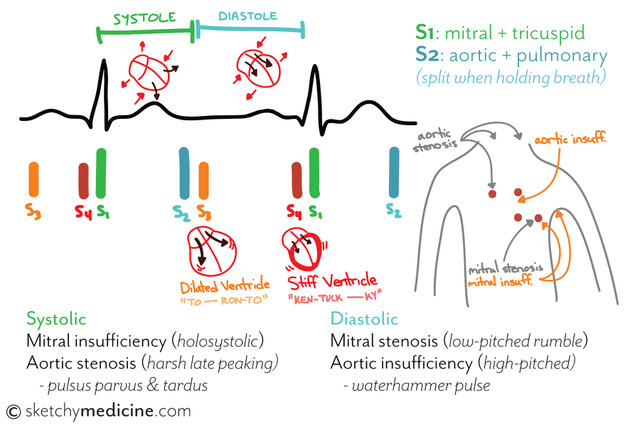 Most people are familiar with the idea of learning styles – a theory that commonly breaks down knowledge acquisition into Visual, Auditory, Read/Write and Kinesthetic strengths (VARK) and combines them in a multi-modal fashion. Although somewhat controversial, this approach to teaching has infiltrated higher education across the world. Students capitalize on their self-proclaimed learning styles, creating visual aids and auditory mnemonics to help them succeed in their fields. In particular, medical students have created their own visual tools to approach the vast quantity of information they must learn and remember.

One such tool, Sketchy Medicine, has quickly grown from student doodles into integral lecture supplements for medical students around the world.

“SketchyMedicine makes learning more enjoyable and engaging,” said Texas A&M University first year medical student Amy Maldonado. “The art and the stories behind the drawings help me improve my retention of the massive amount of content we cover, both by keeping me engaged when I initially commit it to memory and by giving me a fun reference to remind me of key points during practice problems.”

Sketchy Medicine was founded by Dr. Ali Wong during her third year of medical school at Dalhousie Medical School in Halifax, Nova Scotia, Canada. The daughter of an engineer and a math teacher, Dr. Wong grew up in an environment that encouraged scientific curiosity, but also emphasized the importance of the arts and creativity. Through most of her undergraduate career studying microbiology and neuroscience, Wong looked for something that would combine both of those interests.

“I liked the visual aspects of microscopy and through neuroscience got involved with someone doing fMRI studies because I was trying to find something visual in the sciences. This eventually led me into medicine,” Wong said.

While in medical school, Wong exercised her creativity using doodles and diagrams to augment her notes. As she generated more and more medical drawings, she realized how helpful her personal study tool could be for others. With a background as a web site designer and freelance graphic artist, she decided to put her drawings on a blog so anyone who found them useful could access them. A lot of planning goes into Wong’s Sketchy Medicine guides to make sure she not only covers important information, but organizes it in an intuitive manner. For her, as a graphic designer, the “visual flow is as important as the doodle itself.”

“Sketchy is really great,” agrees second year Tulane student Amit Reddy, “It adds another tier of memorization to learning, so instead of written text as the only modality, you get the visual learning too. I especially love the images for remote facts.”

“One of the reasons art is so helpful for learning in medical school is because it allows us to connect the unfamiliar with the familiar,” said Ashley Davis, a fourth year student at the University of Texas Medical Branch in Galveston. “We’re met with a barrage of things that are very foreign, a whole new language we have to not only memorize but understand in a brief period of time. The pictures with their stories, such as art like Sketchy, are easier to log away because you get the information over two media: audio and visual.”

Wong hopes more people will integrate this manner of design thinking into medicine and science and that more people will feel free to use their creativity to not only learn, but inspire medical innovation. “Everything benefits from cross-pollination, from using the other side of your brain to spreading information from the basic sciences to clinical scenarios,” she said.

This article was written by IAM Lab contributor Michelle Sheena.