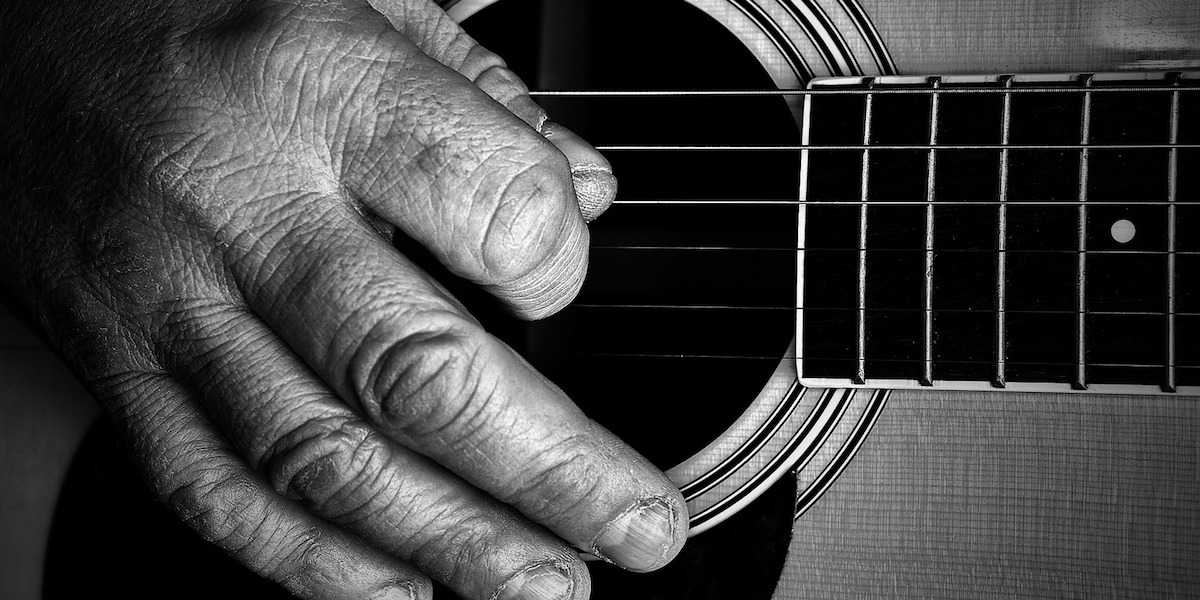 Music has long been associated with mental, physical, and spiritual health. And someday soon, doctors may start prescribing their patients a dose of music to accompany more conventional medicine.

The Johns Hopkins Center for Music and Medicine, an interdepartmental collaboration between the School of Medicine and Peabody Conservatory, is actively exploring the science and therapeutic potential of music in medical care.

The Center, led by Alexander Pantelyat, M.D. and Sarah Hoover, D.M.A., leverages the expertise and experience of the School of Medicine and renowned performance training of the Peabody Institute—bringing together interdisciplinary partnerships and teams across the university. Its dual vision is “to bring music and medicine together by making music and rhythm an integral part of treating neurological illness as well as improving the health of musicians worldwide.”

The Center has fostered a breadth of new research initiatives addressing how musicians can be healed, and how music and musicians can aid in healing. Hoover states, “It’s fascinating and powerful to think that music, something that has been floating around in our environment forever —that this natural, omnipresent human activity—has demonstrable benefit as treatment.”

Alongside its mission to provide care for musicians, a foremost initiative of the Center for Music and Medicine is the development of music and rhythm-based therapies that may improve quality of life and address symptoms of neurological conditions such as Alzheimer’s disease, Parkinson’s disease, and stroke.

Pantelyat states, “We aim to do rigorous Hopkins-quality research on music and rhythm-based interventions so that we can generate measurable data that will be ‘proof in the pudding’—not just an intuition that music helps but proof that music helps.”

An accomplished musician and violinist himself, Pantelyat started by investigating the benefits of choral singing on Parkinson’s disease patients through his Parkinsonics program. The 2015-2016 study—the first under the Center’s umbrella—brought together a small chorus to evaluate the effect of group vocal performance training and performance experience on Parkinson’s patients’ reported symptoms, such as volume and clarity of speech, and quality of life. Over the course of 12 consecutive weeks, 32 participants met for weekly group singing classes under the direction of a choir director and social worker.

The choral program, which continues weekly as a community chorus in the same location, produced measurable outcomes in which “participants’ attention moves away from illness and toward creativity,” says Pantelyat. “Singing together in the group has helped increase participants’ vocal volume and clarity, rhythmic movement and confidence of emotional expression, while cultivating a sense of community.”

He added that the Parkinsonics program is a prime example of the Center’s overarching mission—to start with the research, and assuming its success, continue offering a community-based therapy that could be scaled worldwide.

Pantelyat’s research into music’s therapeutic potential continued with the Center for Music and Medicine’s Guitar-PD study. The study, a collaboration with the International Arts + Mind Lab, examined the effects of six weeks of group guitar classes on quality of life, upper motor function, mood, and cognition. Instruments were provided for each of the 26 participants for lessons in finger-style guitar tailored to accommodate the needs of Parkinson’s patients.

While results will be published in full this spring, initial outcomes included improvement across all participants in self-reported PDQ-39 scores—a standard validated questionnaire designed to assess quality of life for individuals with Parkinson’s disease.  The questionnaire covers mobility, activities of daily living, emotional well-being, stigma and social support, cognition, communication and bodily support. As in the Parkinsonics study, Guitar-PD also led to the establishment of continuing guitar classes at the Peabody Preparatory, known as PD Strummers.

The Center for Music and Medicine has also helped develop innovative and sustainable roles for performers in healthcare settings through its Creative Access and Sound Rounds programs.  “The healthcare space is going to be a professional opportunity for performing artists in the very-near future,” says Hoover. Programs such as Creative Access give musicians the opportunity to perform at area healthcare facilities, community organizations, and schools, while allowing patients—not to mention nurses and physicians—a music-based intervention consistently linked to positive, measurable outcomes.

“Over the last five to ten years, there really is a wealth of medical literature on various patients in the hospital where music-based interventions have been demonstrated to improve a number of measures,” says Pantelyat. “The ones that seem to consistently improve are pain levels, anxieties, and mood.”

He adds, “If we can demonstrate that a non-pharmacological intervention like music can positively impact that pain and anxiety levels of these patients both before and after surgery that would be an important step forward for research in music-based intervention in the hospitals.”

The Center for Music and Medicine also studies treatment for musicians and performers, in Pantelyat’s words, by “doing the kind of research that would enable us to quantify musical performance with an eye toward trying to detect maladaptive performance habits before they turn into an injury.”

Of the afflictions that may uniquely affect musicians and performers, Pantelyat’s research has focused on musician’s dystonia, a motor disorder of the brain which results in difficulty coordinating fine movements. These are the kind of movements that are required for professional musicians, such as mouth placement for wind instrument players or finger dexterity for guitarists, pianists, or violinists.

Working in Concert to Treat Patients

“This is an example to me of the whole being greater than the sum of its parts,” says Hoover.

The breadth of the Center’s programming is important to note. Pantelyat attests, “There are dozens of faculty members and students of various levels all across the university, both at the School of Medicine and Peabody, to the tune of over 80 people who have expressed their interest in one or more aspects of our mission at the Center for Music and Medicine.”

While there are organizations interested in fostering a dialogue between music and medicine, Hoover notes that there is “no other entity that links a major conservatory with a major medical hospital system and medical school,” positioning the Center for Music and Medicine as an exemplary model for interdisciplinary research and collaboration.

“What makes our center unique is that we aim to be the best from the standpoint of being able to generate measurable data,” says Pantelyat. “I hope in the next generation that we will have health insurance covering music-based intervention—music therapy—for patients with a variety of disorders so that I can give my patient a prescription for music.”

Written and reported by IAM Lab Contributor Samuel Garrett.  Samuel Garrett is a composer, musicologist, and researcher based in Baltimore, MD.