The Arts Can Liberate Us from Loneliness 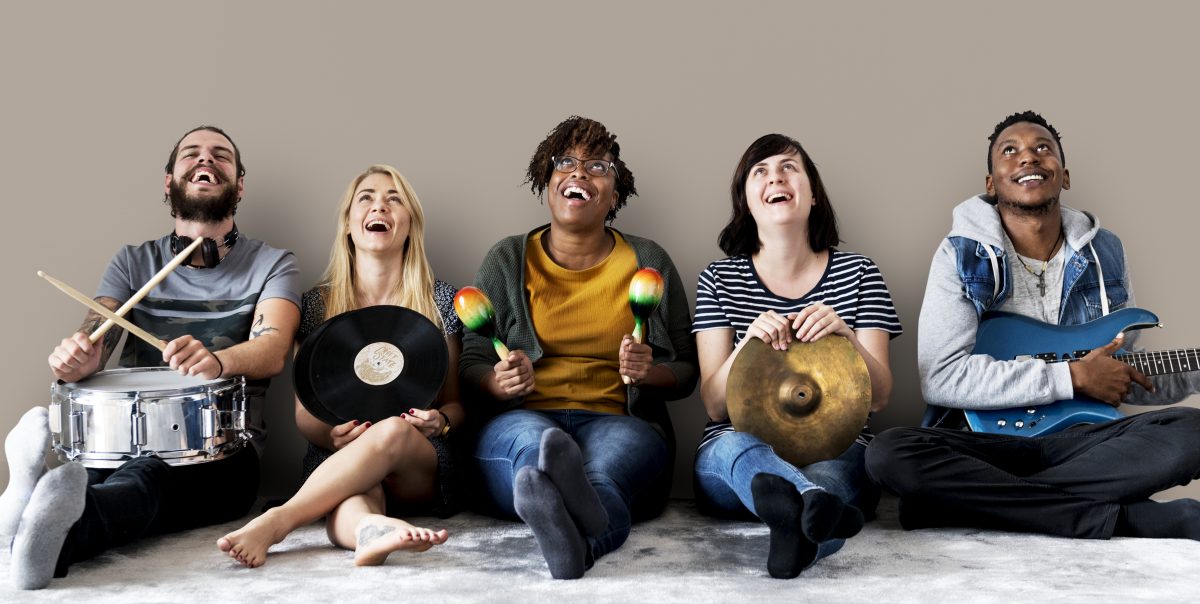 For many people, Valentine’s Day is a time to celebrate their bond with their loved one with cards and candy and champagne.  But for too many others, the day can be a painful reminder of their isolation.

This is not a rare burden.

A 2020 survey conducted by the health insurer Cigna found that 3 out of 5 Americans are lonely, a 13% increase since 2018.  Though feelings of loneliness cut across generations, the elderly in particular may be more likely to experience social isolation due to the loss of loved ones, retirement from workplace communities, and reduced contact with scattered family members.

Social isolation and loneliness have profound, detrimental impacts on health and are linked to mental health issues like anxiety and depression.  They also increase the risk of premature mortality, comparable to obesity or smoking. One meta-analysis encompassing more than 148 studies and 300,000 participants found that greater social connection is associated with a 50% lower risk of premature death.  Loneliness is a large problem for individuals and society as a whole.

What Our Brains Tell Us About Loneliness

Research shows that perceived isolation may have its own neural signature. In one investigation, functional brain scans of 23 female college students showed that lonely individuals’ brains responded differently to pictures depicting people.  The participants deemed lonely experienced less activation in the ventral striatum than the “nonlonely” participants when viewing pleasant depictions of people.  Activity in the ventral striatum, which is located deep inside the brain, is associated with social cooperation and romantic love, as well as feelings of reward.

For unpleasant social depictions, the lonely participants had greater activation of the visual cortex, which processes visual information, suggesting that they may be more attentive to others’ distress.  Findings in this study support other research showing that what should be positive exposures involving people have less impact on the lonely, which might be a factor in their perceived isolation.

Of course, simply placing someone into groups of other people cannot defeat chronic loneliness: it’s not a matter of being isolated, but a state of mind and emotion.

But solutions to the problem of loneliness are more readily available than people may generally think. And they come in many shapes and forms: a sound, an image, words on paper, paint on a canvas, toes tapping on the floor, voices singing in the air. In short, the arts can help. 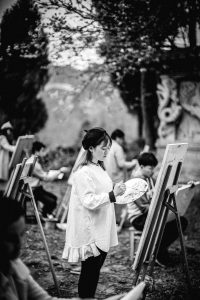 Engagement in the Arts Helps Us Feel More Engaged with Others

Whether experiencing them as an observer or a creator, the arts can help us feel less alone in the world. They help us forge new social connections as well as recapture ones that may have been lost. Indeed, the social aspect of arts activities may be their most important virtue for the lonely—especially among the elderly. According to the Baring Foundation—an organization that supports the Campaign to End Loneliness in the United Kingdom—the first thing that elderly participants in art projects often mention is how the activity “has brought them into contact with new people, that they have formed new friendships and that they feel less isolated.”

Evidence supporting the value of the arts to alleviate loneliness abounds, and it embraces many different art forms—everything from singing to painting to writing to visiting museums and watching plays. There are no age requirements for experiencing these benefits. In one study, singing produced significant reductions in loneliness for seniors with mild depression in a nursing home.  Indeed, group singing, particularly for older adults, has multiple social and health-related benefits, reducing symptoms of depression and increasing quality of life.

While art creation seems to have more of an impact, simply experiencing the arts can also disarm loneliness. In an English longitudinal study, exposure to various arts venues was assessed at two-year intervals over a span of about ten years to determine its impact on loneliness over time. Results collected on more than 3,000 participants showed that visiting galleries, exhibitions, or museums every few months reduced the odds of loneliness by 26% compared to those who never visited these venues. The odds were reduced even more (33%) for those attending the theater, concerts or the opera with the same frequency. These findings were independent of baseline loneliness, as well as social, demographic and economic factors, suggesting that the act of beholding art caused the improvements.

Growing Public Support for Fighting Loneliness with the Arts

In a number of countries, the health community is embracing the creative arts as therapy for alleviating loneliness. In the United States, the Unlonely Project provides organized activities ranging from writing, music, and visual arts to textile arts such as knitting and needlework to help bring people out of social isolation. More local efforts are addressing isolation of golden agers in places like Broward County, Florida, which has the fastest-growing population of people over 85 in the country. Grants are being provided there to recruit seniors to attend performances at the Broward Center for the Performing Arts.

In the United Kingdom, the Baring Foundation helps spearheads efforts to bring the arts to people who need it most. This includes promoting the cause to arts organizations and those who work with the elderly, including social workers, health commissioners, and managers of residential centers.

Meanwhile, the gap between the arts and the medical profession is also narrowing. An initiative scheduled to take effect in 2023 in the U.K. will allow physicians to prescribe everything from art- or hobby-based treatments to dance and singing lessons in order to promote better mental health.  In Quebec, medical associations in Montreal can currently offer prescriptions of free admission to the Quebec’s Montreal Museum of Fine Arts.  Sometimes, the arts are just what the doctor orders.

The Arts in the Social Brain

The arts have a profound effect on the brain and have been used to gather people together since its advent.  Some of its power arises from its influence on the reward circuitry in the brain.  Listening and playing music triggers the release of dopamine, a brain chemical associated with reward, and increases activity in the limbic system, which has functions in emotion.  The pleasure derived from the creation and experience of art probably underlies the arts’ ability to elevate the mood of lonely individuals and perhaps increase their ability and willingness to seek out social interaction.

But the arts also trigger engagement in parts of the brain involved with social interactions.  Music, as one example, automatically engages social cognition and is associated with activity in the frontomedian cortex, which is thought to be essential for social cognition.  Music may also help individuals synchronize and “merge”: endorphins released during musical interaction are also involved in social bonding behaviors.  Interestingly, passive listening to music also engages our brain’s endorphins system, which relieves pain and stress; these endorphins have been hypothesized as a mechanism for music’s ability to help people bond socially.

Additional research is clearly needed to better isolate the mechanisms of how arts engagement may prevent and/or alleviate loneliness. By better understanding how different types of arts impact the brain, different art interventions could potentially be prescribed and tailored for different individuals with different needs.  We also need more efforts to close the gap between the chronically lonely and arts programs that may benefit them. Part of this effort should include better screening by doctors to detect states of loneliness in patients. We should also utilize the creative arts more with children in ways that specifically help them develop social skills. As evidenced by a National Endowment of the Arts review, activities utilizing music, drama, the visual arts, and crafts help young children develop capabilities important to making and sustaining meaningful connections with others.

Of course, the arts also offer a number of key advantages over medication and other interventions: they are relatively low cost, readily sustainable and noninvasive. But perhaps most important of all: they’re fun!