Group Singing Provides a Good Refrain for the Brain 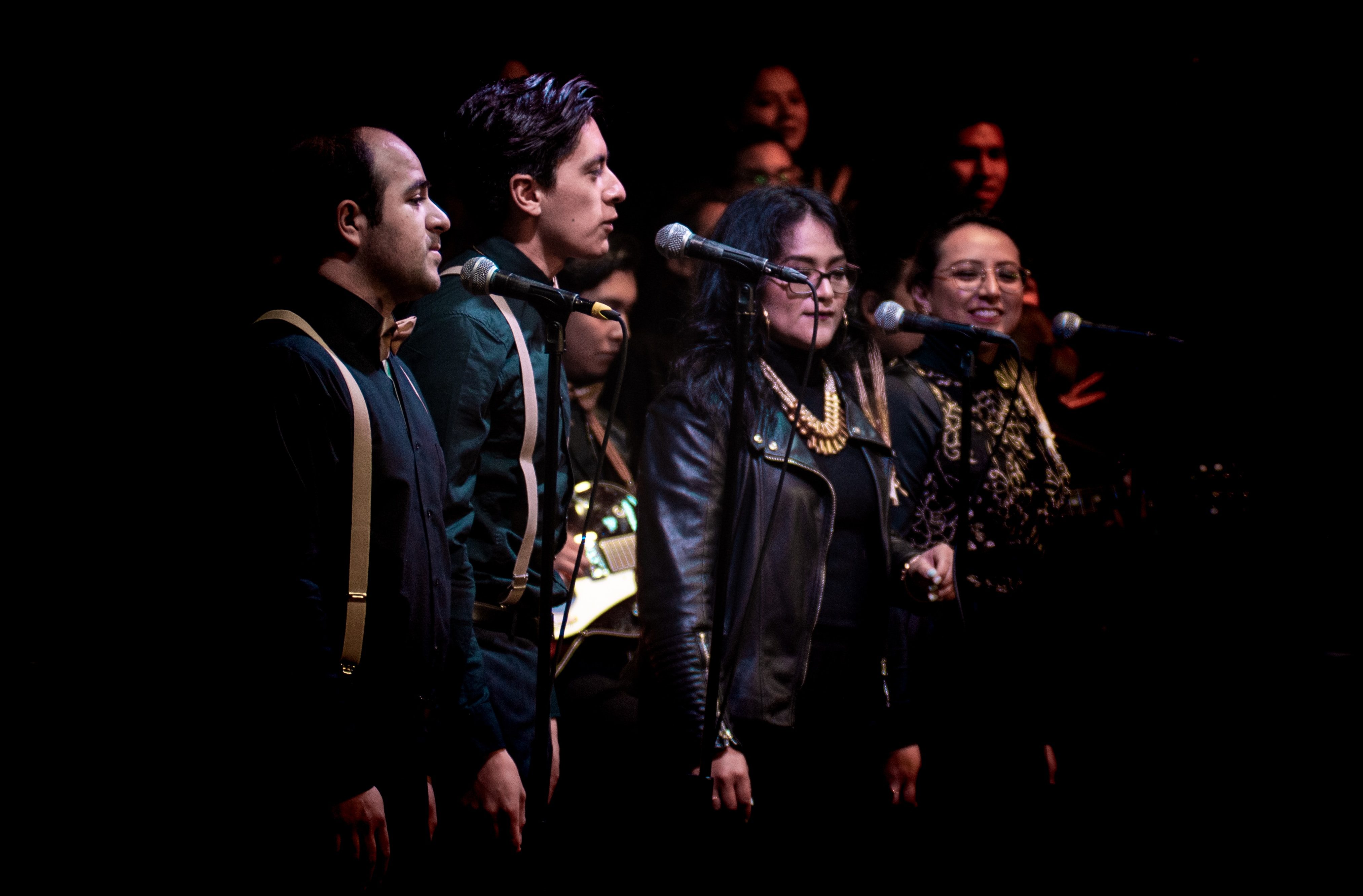 As the holiday season kicks into high gear, the sounds of choral singing are everywhere. But group singing has been growing in popularity in all seasons. According to the Chorus Impact Study, participation in American choral groups rose from 14% in 2008 to 17% in 2018. Today, more than 54 million Americans sing in choruses. These singers aren’t just having fun—their song-making is also benefiting their brains and bodies.

Music Sounds a Positive Chord for Those with Mental, Emotional and Physical Issues

Can group singing improve mental health? A United Kingdom study investigated this possibility by establishing seven choirs comprised of mental health service users and supporters. The choirs convened every week and also performed in public. After eight months of ongoing singing and performing, clinically significant improvements in mental health were found in the choristers as measured by responses to a standard tool for assessing outcomes of counseling and psychotherapy.

Singing may provide distinctive benefits compared to merely listening to music. In one study conducted in a psychiatric facility, 17 children aged eleven to eighteen years participated in either a group singing program or a music program in five daily 45-minutes sessions over one week. Salivary samples for cortisol—a stress hormone—and subjective measures of mood were taken daily, pre-, and post-musical intervention. Cortisol levels dropped and scores on a health-related quality of life measure increased more significantly in the singing group than in the listeners. The listeners, however, had more significant increases in calmness and well-being. More rigorous studies are warranted to clarify these differences in the future.

Choral singing has also been shown to have potential as an adjunctive therapy for Parkinson’s disease. The Johns Hopkins Center for Music and Medicine—a partner of the International Arts + Mind Lab—observed the effects of choral singing on 32 participants with Parkinson’s over 12 weeks of weekly classes. Choir members developed a greater sense of community, while also improving their vocal clarity and ability to express their emotions. Positive results in this program may be due in part to diverting attention away from illness and toward creativity.

How Our Brains “Carry a Tune”

Many studies show that singing and listening to music affect our emotions. They trigger the release of endorphins, oxytocin, dopamine and serotonin—hormones associated with feelings of pleasure, as well as trust and bonding. Brain imaging shows that singing increases activity in the medial prefrontal cortex, a brain structure with strong connections with the limbic system. The limbic system controls arousal, emotion, reward, and memories.

Although singing and talking both involve the expression of words, they activate the brain in different ways. Activity in the right hemisphere of the cerebral cortex increases more when we sing than when we speak, especially in the right anterior superior temporal gyrus and insula. Singing involves specific structures in the right hemisphere that facilitate self-monitoring and feedback, which allow precise adjustments of pitch, volume, and rhythm. Speaking, however, activates the left hemisphere more than singing does (including in the Broca’s area and Wernicke’s area, which are involved in speech and understanding of language). These differences clarify why the left hemisphere is more activated when learning the words of a song, while the right is more activated when learning the melody.

Singing Conducts Good Will Between People

Group singing can help forge connections between people. The Chorus Impact Study found that nearly 70% of choral singers feel that their singing has enhanced their socializing skills in other areas of their lives.

Singing may even forge connections among competitors. In a study conducted by researchers at the University of Oxford, singing competitions made the competitors feel closer to each other. The researchers suggested that group singing could serve as “a way of fast-forwarding the process of forming relationships so that members of the different groups feel closer to each other without the usual time-consuming process of ‘getting to know’ each other.”

The potential importance of participating in singing as a group was demonstrated in another investigation of choral singers, team sport players and solo singers recruited via email and social media websites. Based on 375 responses to a questionnaire that addressed well-being, sense of group unity, need fulfillment and motivation, the choral singers and team players had significantly greater psychological well-being than the solo singers.

Shared music serves as cues to values shared in the culture, and may promote attraction between individuals. By unifying people in a common experience, it may help promote living in groups. According to research published in the Journal of Personality and Social Psychology, “people’s emotional responses to music are intricately tied to the other core social phenomena that bind us together into groups.” The article further states, “these findings provide evidence that music is a group process, a special form of social cognition that may have evolved to serve the intense social needs of our species.”

Group Singing May Decrease Feelings of Loneliness or Disenfranchisement

Choral participation may dramatically affect the lives of the homeless. Case in point: the all-male Homeless Choir in Montreal Canada. Interviews with a number of members found that their participation in the choir reduced their depression, promoted emotional and physical wellbeing, gave them a sense of personal validation and made them more optimistic about the future. Bringing the power of music to the disenfranchised is a key focus of With One Voice, an international movement focused on connecting the arts with homeless people on a global scale. One of their singing programs is the Music Kitchen in New York City, which enlists professional musicians to share the uplifting power of music with people in homeless shelters.

Elderly people, who often feel isolated, are another demographic that benefits from group singing. In a 12-month study, 166 healthy, ambulatory adults aged 65 years and older in the Washington, D.C., area were placed in two groups: one that participated in choral singing along with usual activities, and a comparison group that participated in usual activities without the choral singing. Scores on established assessment instruments at the beginning of the study and one year later showed that the choristers had greater decreases in loneliness and depression, and less of an increase in doctor visits and medication usage than the non-singers.

The research suggests that group singing has the potential to build social ties in our communities, especially in populations that lack them.  Of course, the fact that it is a low-cost, fun activity also makes it appealing for more widespread application.  Regardless of age or state of mental health, choral singing appears to increase good cheer any time of year. So, the next time you hear a choral group erupt into song—join in! It’s a gift that keeps on giving.