Occupying Space is the Protest 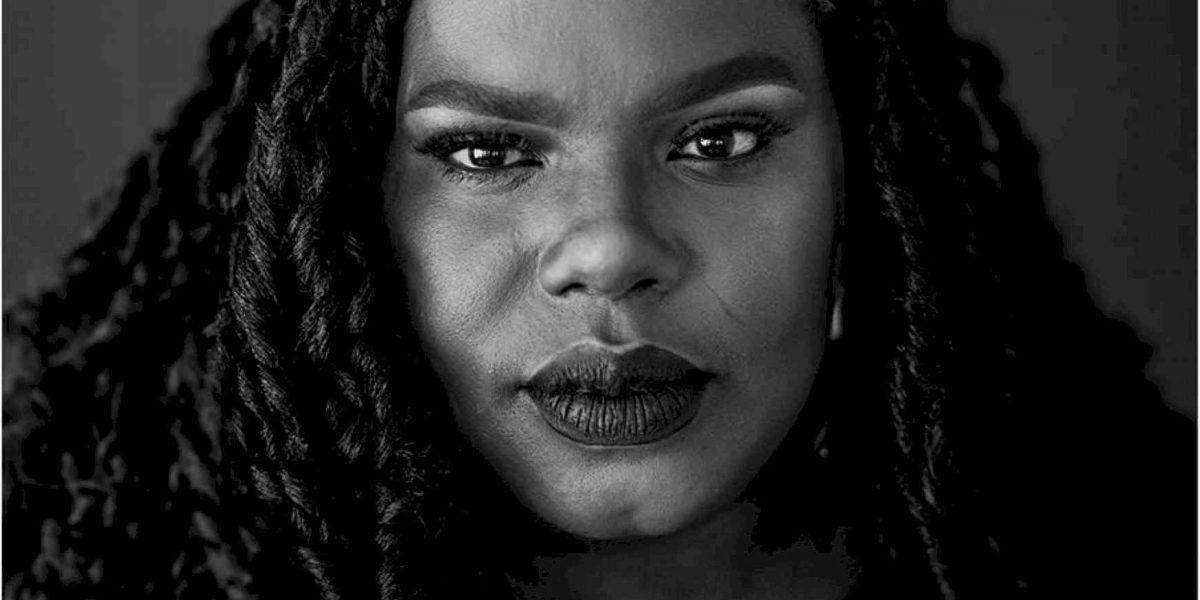 Editor’s Note: Hannah L. Drake is a writer, spoken word artist-activist and cultural strategist at Ideas xLab in Louisville, Kentucky. Her work focuses on the intersection of arts, culture and health with an emphasis on the impact of race and injustice in underserved communities.

In the essay below, Hannah reflects on performing this poem at the base of a recently removed Confederate statue in Louisville. She calls upon us to use our art to design spaces that are welcoming and inclusive of all.

It is difficult to stand in spaces

Spaces that were not designed for me

Spaces that were not constructed for people that look like me Spaces that scream,

“You do not belong here!”

That is how long it took for Louisville, Kentucky to remove the statue of former Confederate Major John B. Castleman from the Cherokee Triangle. The statue erected in 1913 came down in the early morning hours of June 8, 2020, following weeks of protests concerning the tragic murder of Breonna Taylor, a 26-year-old Black woman killed by the Louisville Metro Police Department in her home.

Our homes are supposed to be our sanctuary. A space where we can go to breathe, rest, refuel. A space we can let our guard down as we prepare to fight another day. Yet, even in the space of our homes, we cannot find refuge. The pain of that reality was overwhelming. Where can we go? Where can we find peace?

A spoken word piece about inclusion at the site where a confederate statue was removed in Louisville, Kentucky.

I thought about how Black people were redlined and confined to specific communities, with man-made barriers such as the 9th Street Divide in Louisville, separating Black people from the rest of the city. I thought about the architecture in my city, neighborhoods that do not bear the sign “White Only” but make clear that they were not designed for people that look like me. These are neighborhoods that, even in my own city, I wouldn’t dare venture. I thought about my home and the side door on my garage, how the lock sticks, so I have to jiggle it repeatedly for it to open. I never use the side door of my garage. I am fearful that even in a space that I own, someone will call the police on me, and I will be the next inevitable hashtag. I thought about Botham Jean, Atatiana Jefferson, and Aiyana Stanley Jones, all killed in their homes. I thought of Trayvon Martin, murdered because someone decided, “You do not belong here.” I thought of Ahmaud Arbery, killed while jogging after someone decided, “This space was not designed for you.”

For centuries, Black people have fought just to occupy space. In my article, Do Not Move Off The Sidewalk Challenge: Holding Your Space in A White World, I stated,

Black people are often told how much space we are allowed to take up, and our space is repeatedly infringed upon to accommodate White people. If we are tall, our height is used as a way to demonize us. This was evident when 12-year-old Tamir Rice was murdered within minutes by the police in Cleveland, Ohio. Tamir was described by now ousted police union president, Steve Loomis as ‘Menacing. He’s 5-feet-7, 191 pounds. He wasn’t that little kid you’re seeing in pictures. He’s a 12-year-old in an adult body.’ Tamir could not help his height. Yet his physical appearance was used to justify his murder. If we take up too much space, it is a problem. Black people are acutely aware of our bodies in spaces.”

As I stood and recited my poem, “Spaces,” people began to come out of their homes. A small crowd began to gather. Women that were pushing strollers stopped to listen. People walking their dogs paused. Some people started to cry. And when I got to the line about my mother, my voice cracked. I thought of my mother at nine years old, standing in a cotton field picking cotton for eighty cents a day. She stood in that space so that I would be here to have the courage to stand in a space where a Confederate statue was placed for one hundred and seven years.

I shared the poem online and immediately, it went viral. What those people felt hearing my poem “Spaces” is what I am challenging this nation to create. Create in a way that embraces the Zulu phrase “Sawubona,” which means “I see you.” Not just that I physically see you, but I recognize, respect, and connect with your humanity. Where is the humanity in your creation? Design cities in such a way that everyone will feel welcomed. Create public art that draws people in and challenges long-held beliefs, making communities see we are better when we stand together.

Where is the humanity in your creation? Design cities in such a way that everyone will feel welcomed. Create public art that draws people in and challenges long-held beliefs, making communities see we are better when we stand together.

If your city is holding on to Confederate statues or racist symbols, ask yourself, what is my city really holding on to? What beliefs are we clinging to, and why? Do we have the courage to tear something down and build something new?

Every day we get a chance to decide what we want to create, who we want to be, and the legacy we will leave behind. Whatever we long for this world to be is not yet manifested because we, the people, have not fully desired it.

We have the ability to create the spaces we long live in. Spaces that are inclusive and no longer say, “You do not belong here,” but “You are here, and you belong here…in this space.”
__

Hannah L. Drake is a blogger, activist, public speaker, poet, author of 11 books, and the Chief Creative Officer at IDEAS xLab. She writes commentary on politics, feminism, and race and her work has been featured in Cosmopolitan Magazine. Her work has been recognized by Colin Kaepernick, Ava DuVernay and she was recently selected as a Muhammad Ali Daughter of Greatness.

Learn more about Hannah’s work in art for health equity and justice here: