All Stories Will Matter 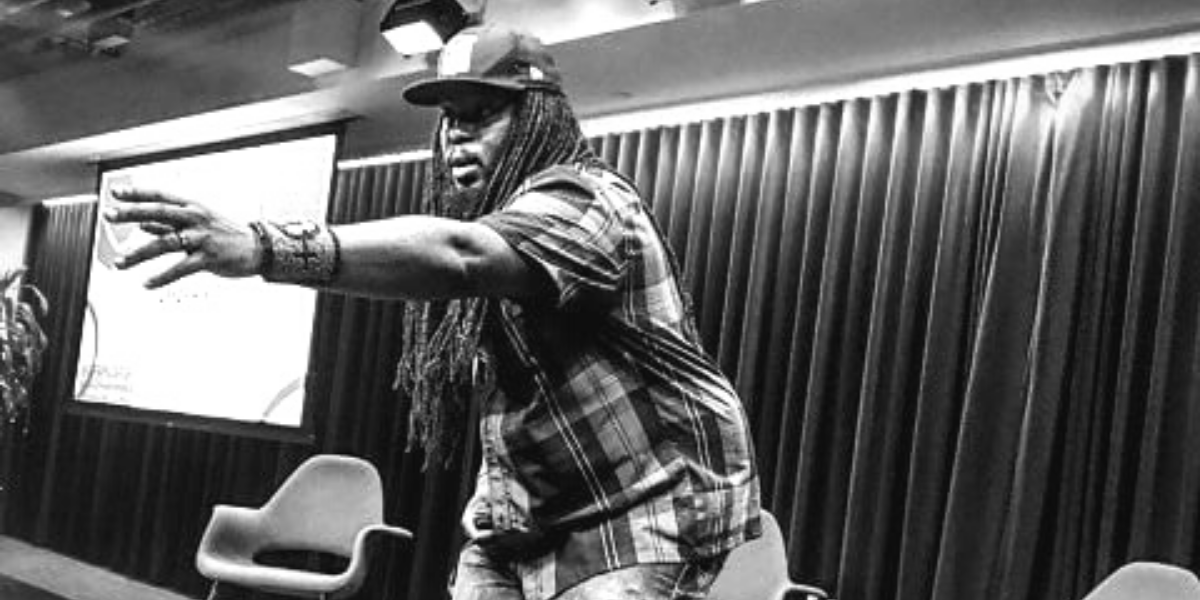 Every story has essential elements: plot, characters, settings, themes and the overall message. A lot of times, what makes a story effective isn’t any of these things but rather the moment in which the story is told.

The story of George Floyd’s murder was no different than that of Breonna Taylor’s, Ahmaud Arbery’s, Philando Castile’s, Freddie Gray’s, and those of countless other Black lives whose existences were unnecessarily snatched away. The reason that this story resonated so strongly with us—and by us, I mean human beings around the world—was the stillness.

It was the stillness forced upon us by COVID-19 that in turn forced millions of people to fully witness the horror story that is racism and systemic oppression told over 8 minutes and 46 seconds…and it left no doubt. In the face of that moment, we also witnessed a mass movement. It was the movement of so many who realized the beauty and power of their true existence, acknowledged the reality of this country’s broken ideology, and finally decided that these two opposites can no longer “coexist.” And so, we saw the protests, the statements of solidarity, the outright revolt against those entities that prevent the opportunity to live a life of one’s own determination. The healing process commenced.

But that is just the beginning. What’s the role for those of us charged with bringing justice and equity to health—the physicians, practitioners, researchers, faculty and policy influencers? Perhaps you are having conversations that you never had before and are considering perspectives that were once completely foreign to you. You want to do everything in your power to be a good ally, someone who is elevating the voices of those who have been systematically silenced for generations. But you just don’t know where to start.

“In this moment, more people are realizing what our ancestors did their best to tell us: arts and culture are a vessel to convey what is most important in life.”

In this moment, more people are realizing what our ancestors did their best to tell us: arts and culture are a vessel to convey what is most important in life. Aside from what looks beautiful, and sounds pleasant, arts and culture are evidence of a core lesson that remains constant across generations: in the end—and we all have an end—we want to be acknowledged, appreciated, respected, and most importantly, loved. So rather than perpetually pondering what stops people from achieving these universal goals, how about we just start creating the spaces that help to make this dream real? This is where storytelling comes in.

Before I proceed, I make this declaration: we are all storytellers, every single one of us. Whether you believe me or not, storytelling is as natural as breathing. Be it talking in person (hopefully done sparingly and with masks on during the pandemic), texting or speaking in front of a computer screen, we are constantly expressing a narrative. However, now is the time for us to become intentional storytellers, those who realize how powerful a story can be to empower revelation, change and, yes, revolution.

My time came at ten years old, during an impromptu talent show celebrating the unveiling of General Colin Powell’s figure at The National Great Blacks In Wax Museum. I felt jealous when another kid grabbed the spotlight and the admiration of the adults. These feelings prompted me to tell the story “The Yellow Ribbon,” a story about love, curiosity, dedication and something falling off (I won’t spoil the ending), which I previously heard on the radio show of the late, great Mary Carter Smith. She was in the audience that night and from that day on, her thoughtfulness and initiative guided me through the world of the African oral tradition. From her, I learned the importance of the lessons that stories provide us and why it was critical that the practices of our forefathers be preserved, for we would always have to reach back to move forward.  But little did I know, the universe had bigger plans than to just be a keeper of my culture. The universe needed me to heal.

When I was a young Black man pursuing his doctorate at the Johns Hopkins Bloomberg School of Public Health, the instructor for “Gaps and Opportunities in Public Mental Health: A Systems Approach,” Deborah Agus, insisted that I teach storytelling to people in recovery from substance abuse. Little did she know (or perhaps she had a hunch) that it would forever alter the course of my career and my life.

It was in an unassuming row house in West Baltimore that my mother, who is also an African storyteller, and I first had the opportunity to utilize Black storytelling to “help eagles fly.” Those who listened to our stories, and to whose stories my mother and I listened, were people in healing from mental health challenges, drug and alcohol abuse…people who in my field of public health would typically be quantified through surveys and “seen” only through the lens of their age, sex, race, and behavior. By creating space for their stories, we were able to witness their genius and full humanity.

I think of Mr. Charles, who joined our group after 26 years of incarceration. Though he would not say a word in our initial sessions, it soon became nearly impossible to stop him from speaking. In his overflow of expression, we witnessed his insight, humor and thoughtfulness. It was with Mr. Charles and others that I shared my anxiety about becoming a father, doubt about earning a Ph.D., and the dread of losing my parents. They responded with understanding, acceptance and love. They became my healers. In those moments, my mother and I realized that this art form could not just help save lives but also help make those lives what they were always meant to be…including ourselves.

“Storytelling is a natural, genuine, low-tech, cross-cultural, low-barrier mechanism by which people can express their unapologetic truth and be reminded of the common threads of humanity that we all share.”

And so… DiscoverME/RecoverME was born. The organization remains a mother-and-son operation, facilitating sessions with people looking to heal from trauma, and encouraging agencies, systems, institutions and organizations to incorporate storytelling into their practices. Through the presentation of a folktale that elicits thought, participants are able to relate to various aspects of the story. As participants become comfortable with us, they eventually begin to share their personal stories which allow us to examine the positive intrinsic values (also known as Virtues) that are exemplified within their narratives. As the Virtues are recognized, we share our recognition with participants. The aim is to show that despite the constant narrative of deficit, it is easy and powerful to reorient to the narrative of asset. This allows the participants to become more empowered, to appreciate and claim ownership of their entire story, like Ms. Cynthia who beautifully described her addiction and the loss of her parental rights as “being caught in the rain.” As she deepened her healing and embraced the humanity she always possessed, she was able to find the umbrella to prevent getting wet and take her children home.

Ultimately, DiscoverME/RecoverME serves as a living example that storytelling is a natural, genuine, low-tech, cross-cultural, low-barrier mechanism by which people can express their unapologetic truth and be reminded of the common threads of humanity that we all share. Be it for mental, emotional or behavioral health, increasing the impact of cultural context and non-White voices in the sciences, or as a way to start the conversation of how to truly bring equity to all people, there is always a significant difference created by telling your story and listening to others’ stories.

What I am asking of you is not new nor does it require a terminal degree. Sorry, but not sorry. As a Ph.D. I can understand why we academics and researchers want all the answers to be reflective of the time spent achieving these educational accolades, but I urge you to concede that there is beauty and power in the simplicity of a story. All I require of you to fight injustice is your humanity, and with that, the decision to be intentional and vulnerable.

“The people we serve are crying out to be appreciated. We can show that appreciation by sharing with them our life’s journey, making it clear that the desires they have are no different than ours.”

The people we serve are crying out to be acknowledged. We can do that for them simply by listening to their stories.

The people we serve are crying out to be appreciated. We can show that appreciation by sharing with them our life’s journey, making it clear that the desires they have are no different than ours.

In our stories, there is power and freedom…who are we to not share that power, that freedom, with all who deserve it? And yes, we all deserve it. 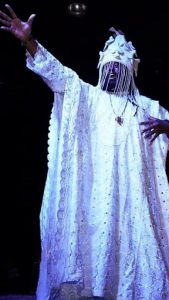 Dr. David Fakunle performing “The Eagle that Thought It was a Chicken” as a part of Red Bull Amaphiko’s “Medicine Show” at Arena Players in Baltimore in the summer of 2018. Dr. Fakunle is wearing an agbada, which is a traditional Nigerian men’s formal attire, as well as an ade, or oba’s crown. This is traditionally reserved for Yoruba rulers and represents their authority and responsibility to the people.

David Fakunle, Ph.D. is Co-Founder and CEO of DiscoverME/RecoverME: Enrichment Through the African Oral Tradition. He also serves as Associate Faculty in the Mental Health department of the Johns Hopkins Bloomberg School of Public Health.

Watch Dr. Fakunle tell the story of “The Eagle That Thought It Was a Chicken” below: