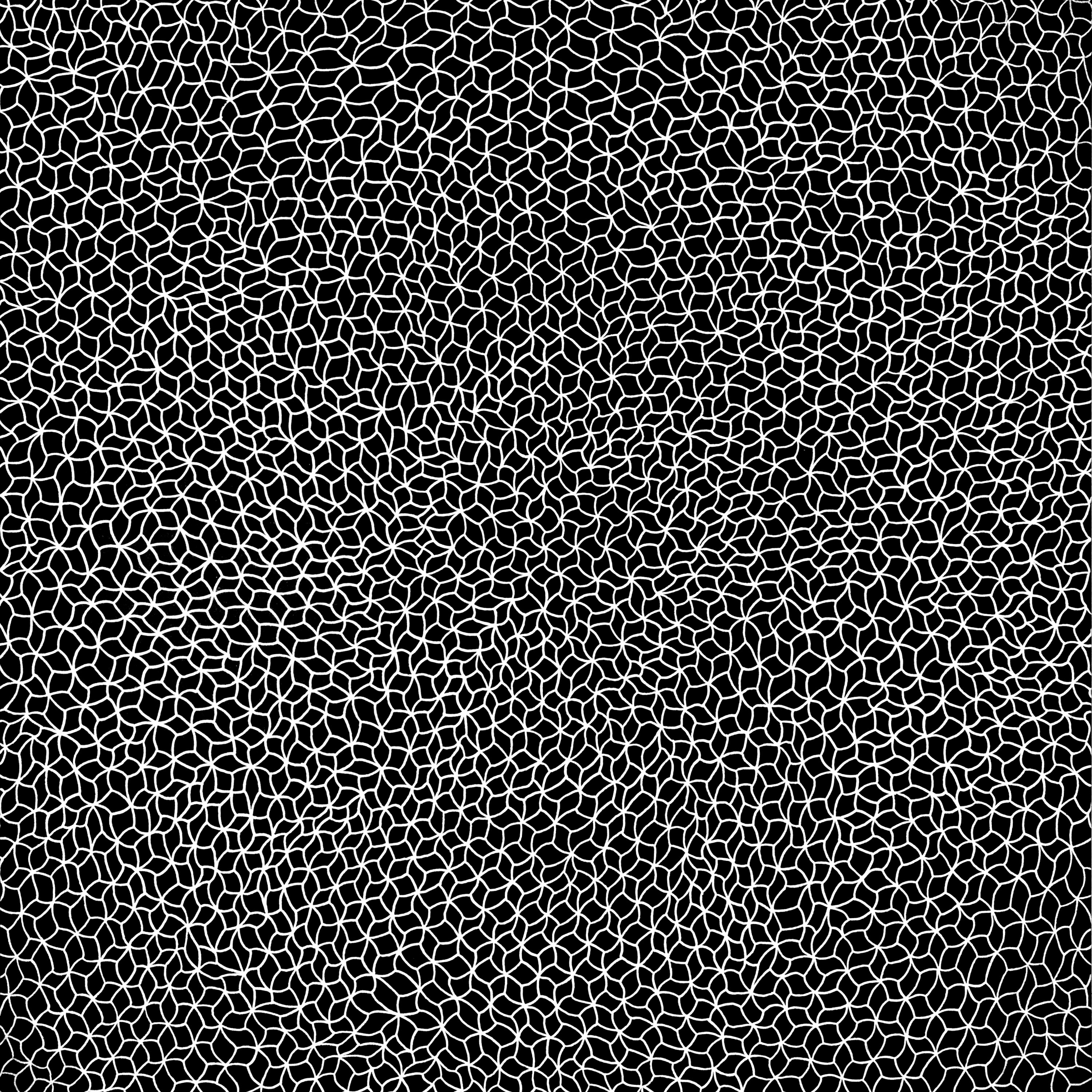 When you first view Norman Galinsky’s minimalistic art, you may not guess that the artist’s first career was in engineering.

Ever since childhood, Galinsky’s two main passions were science and making art. Science took precedence in high school—he was a runner-up in the prestigious Westinghouse National Talent search science competition—and, at the urging of his family, pursued his particular interest in chemistry. After graduating with a chemical engineering degree from the University of Cincinnati in 1964, he sought a position at Allied Chemical Corporation conducting applied research on polymers.

But Galinsky’s love of art persisted. Even as he was doing chemical engineering by day, he studied art at night, something Galinsky said he could not give up. 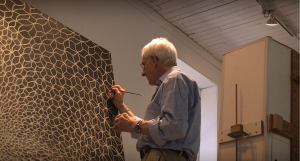 The artist at work. Norman Galinsky in his studio, “an 18-step commute” downstairs.

Eventually, the “draw to art was just too immense,” Galinsky said. “I figured if I didn’t make a change, then I wasn’t probably going to do it.” Around this time, Galinsky’s father had just retired, and Norman and his wife had just had a child, two milestones that underscored the fleeting nature of time. Galinsky took them as a sign to live deliberately and with purpose. So, after almost seven years working as a chemical engineer, Galinsky completed a year of undergraduate artwork and then applied to an MFA degree program at Columbia University to make art full-time.

“I entered a new life basically,” Galinsky said. “I didn’t know much about the art world at that time.”

His background in science has palpably influenced the art he creates. Since the beginning of his long career, Galinsky has gravitated to making geometric abstract art, often a pattern of circles within a square. 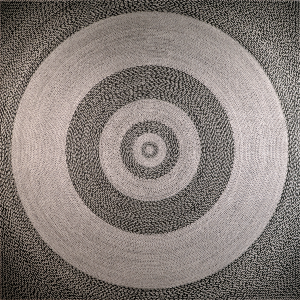 “I think art-making, to me, it’s not like a separate endeavor,” Galinsky said. “It is integrated with my interest in science and everything else going on in the world. I think that it is a process. I’m striving to convey some of that to the viewer.”

His drawings also took on new meaning when he began studying the Chinese martial arts of tai chi and qigong at age 40. “Every time I went to classes, I was the oldest person in the class,” Galinsky said. Tai chi and qigong are energy-based exercises. In learning, practicing, and now teaching these martial arts, Galinsky began applying the lessons he learned to his art.

“I came to realize that I was dealing specifically with energy, and I started to view my work in a different fashion,” Galinsky said. “The more I did it, the more I realized that energy or frequency patterns are integral to how I want to make art.”

Galinsky’s creative process—making one mark at a time, letting the structure of his art take shape on its own—has never ceased to fascinate him.

“I call it focused attention and intention, and it’s basically a meditative process,” Galinsky said. This meditative process or practice of mindfulness has been therapeutic for Galinsky, who noted that his breathing slows down when he works.

His observations about the impact of art-making on body and mind are borne out by research which suggests that making art is the new meditation. Focusing on an activity, like making art, may allow people to practice mindful awareness of the present moment and aid in emotional regulation.

Just as art has historically been a way to convey spirituality, Galinsky is one of an emerging cadre of artists who are channeling healing and wellbeing through their art.

Galinsky hopes some of these healing benefits are transferable and wishes to project the feeling of stillness he gets working on his art to the viewer. “I think, in a sense, art itself is an energy somehow that operates on the human psyche,” said Galinsky. He believes his work transports its viewers into a different state of mind. 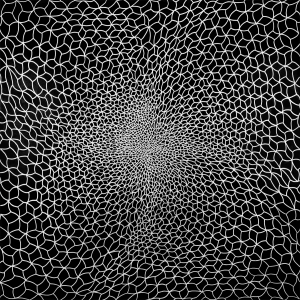 Galinsky’s wife, Ellen Galinsky, an expert in child development, always attends Galinsky’s art shows and has noticed how people just seemed to linger in front of his work.

“At its best, art is like an unexpected messenger that helps us look at our life and our experiences in different ways,” she said.

Art can be healing, Galinsky said, and he wants to share a feeling of harmony with people through his process.

Even viewed through a computer screen, Galinsky’s art can draw you in.

You can learn more about the artist at www.normangalinsky.com.

Written and reported by IAM Lab Communications Specialist Richard Sima. Richard received his Ph.D. in neuroscience from Johns Hopkins and is a science writer living in Baltimore, Maryland.