How Music Can Help People with Alzheimer’s and Dementia 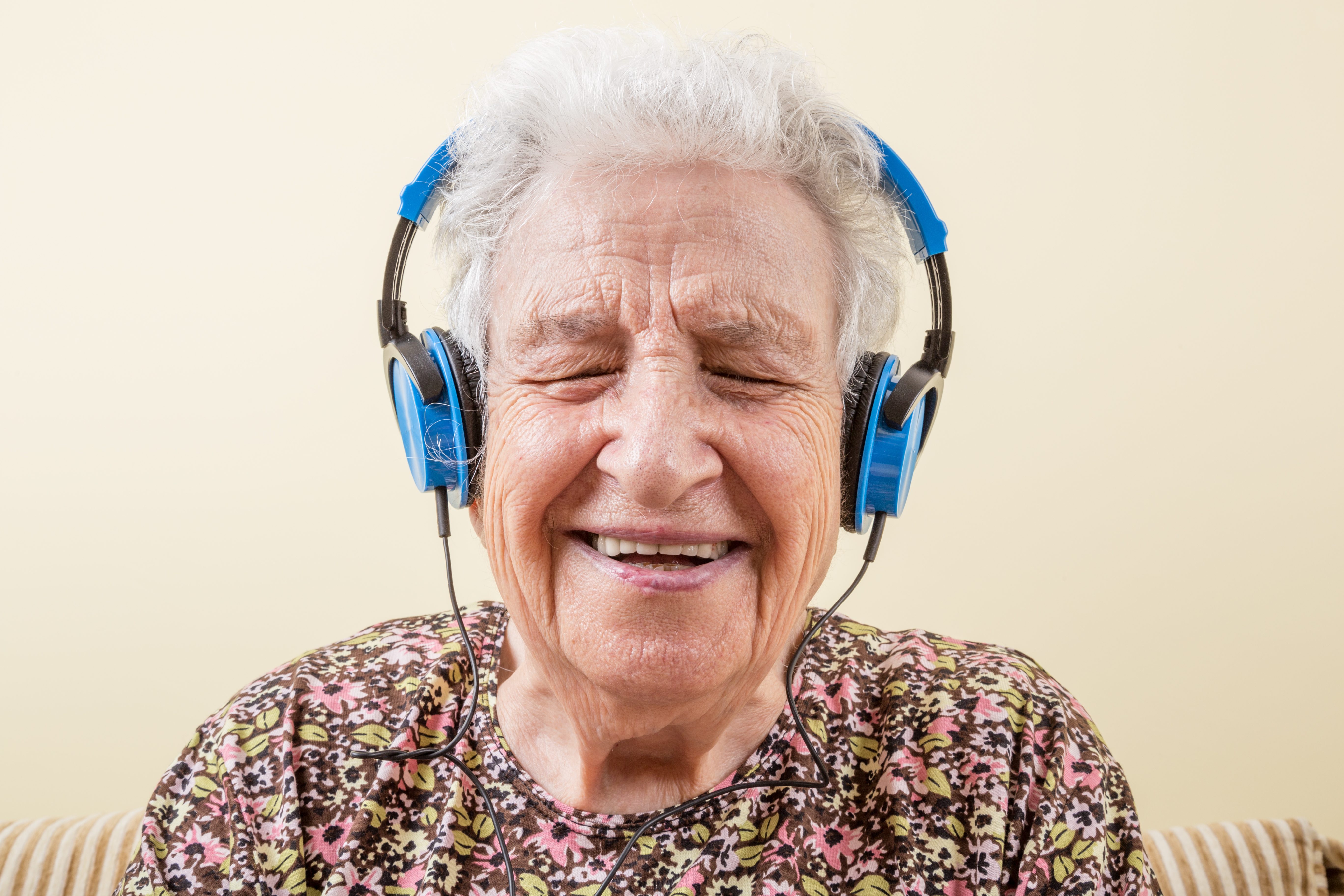 In 2014, the documentary “Alive Inside” popularized the notion that music can be used in some patients with Alzheimer’s Disease (AD) or dementia to elicit responsiveness and memories.

In a review of the film, psychologist Rick Scheidt remarks that power of the film lies in showing how music causes the patients to “move instantly from chronic states of agitation, depression, anxiety, and sheer moribund existence to that of singing, finger-snapping, swaying, and dancing.”

Music not only improved their mood, but it also allowed the patients to remember the lyrics, events, and emotions surrounding music from their past.

The Costs of Alzheimer’s Disease and Dementia

AD is a neurodegenerative disease and the most common cause of dementia.

The disease is characterized by progressively worsening symptoms including lapses and challenges with memory, language, problem-solving and other cognitive skills. There are no known cures for AD.

Today’s available treatments generally provide symptomatic improvement but do not stop the progression of the disease. In addition, pharmaceutical and medical device development takes 7 to 12 years to be approved and is frequently discontinued due to harmful side effects.

The prevalence of the disease and its burden on caregivers and the U.S. healthcare system is staggering. AD affects an estimated 5.7 million Americans, a number that is predicted to grow to 13.8 million people by 2050. AD is the fifth leading cause of death of Americans older than 65 years of age.

The total cost for patients with dementia is estimated to be $277 billion in the United States in 2018. More than 16 million family members and unpaid caregivers provided 18.4 billion hours of patient care while risking their own physical and psychological wellbeing.

In short, alternative, affordable therapies are desperately needed for both patients and caregivers to ease the burden of AD while scientists search for a cure.

Music may provide an adjunct treatment that is both cheap and effective. As noted by the famed neurologist Oliver Sacks, music “outfoxes” the pathophysiology of Alzheimer’s dementia, using pathways yet to be damaged by the disease. Similarly, music uses alternative routes in the brain of patients with another neurodegenerative disorder, Parkinson’s disease (PD).

In short, the answer is yes! But the story is not so simple.

Music is able to elicit autobiographical memory — meaning memories and emotions tied to a past event in one’s own life (e.g., hearing the song that played at your wedding). Studies have shown that listening to music improves autobiographical recall in persons with AD.

How is music able to retrieve memories seemingly lost to time, age and disease? In 2015, a series of studies by Jacobsen et al. using functional magnetic resonance imaging (fMRI) began to yield some insights. The first experiment examined the brain activity of 32 normal subjects (without AD) while they listened to familiar and unfamiliar musical selections. The researchers found that the anterior cingulate and pre-supplementary motor cortices were brain regions important for remembering familiar as opposed to unfamiliar music.

In the second part of the study, the researchers scanned the brain anatomy of 20 AD patients and found that the same brain areas that were important for musical memory were relatively spared from atrophy and had little disruption to their metabolism. The results from this experiment provide a possible mechanistic explanation as to why musical memory is preserved in AD.

Joy to the World

Beyond evoking memories, music is also pleasurable. Music listening is a rewarding experience, specifically modulating activity in the mesolimbic network in reward processing, as well as pleasure and motivational circuitry.  Between 40 and 50 percent of patients with Alzheimer’s disease experience depression, compared with just 7 percent in the general population; music might be an effective therapeutic strategy for elevating mood and counteracting depression.

Moreover, music therapy and music-based interventions induce long-term brain plasticity in areas that decline not only during AD but also with age. The pleasurable and motivational properties, as well as neuroplastic changes associated with music, may explain why we see benefits on mood and cognition in persons with AD. However, more studies are needed to provide causal evidence for this theory.

Given that music has cognitive and emotional benefits for AD patients, what is the most effective way to deliver it as therapy?

Based on recent reviews of research published in the Journal of Alzheimer’s Disease, The Lancet Neurology, Frontiers in Neuroscience, and Cochrane Database of Systematic Review, there is currently a scientific consensus that listening to music provides benefits to AD symptoms. Music therapy with a therapist or active engagement with music, such as playing an instrument, produces even greater improvements in mood and cognition compared to music listening.  Overall, the cognitive benefits from music were most commonly found in the early stages of dementia.

Although research is shedding light on the benefits of music in persons with AD, studies report music can produce mixed results in the amount of improvements in mood, cognition, and AD symptoms. Future studies need to address the generally small sample sizes and lack of randomized controlled trials in previously conducted research. In addition, the difference between music alone and music therapy is not always reported, making it hard to determine whether improvements in mood and cognition are attributable to the music itself or the combination of the therapist and music.

Use of music as a therapy in AD shows great promise and public interest. However, more rigorous studies need to be conducted to improve our ability to use music and music-based interventions to have a consistent benefit on brain health and behavior in people living with AD.

Syd, a 95 year old war veteran who is living with dementia, loves to dance and enjoy music.

When he was younger he would work a 12 hour shift, before heading to his local social club to sing and perform to the pensioners there. Go Syd! 💙 pic.twitter.com/I8VdHIyyx8