Dialog Series: Why The Arts are Essential to Public Health Research 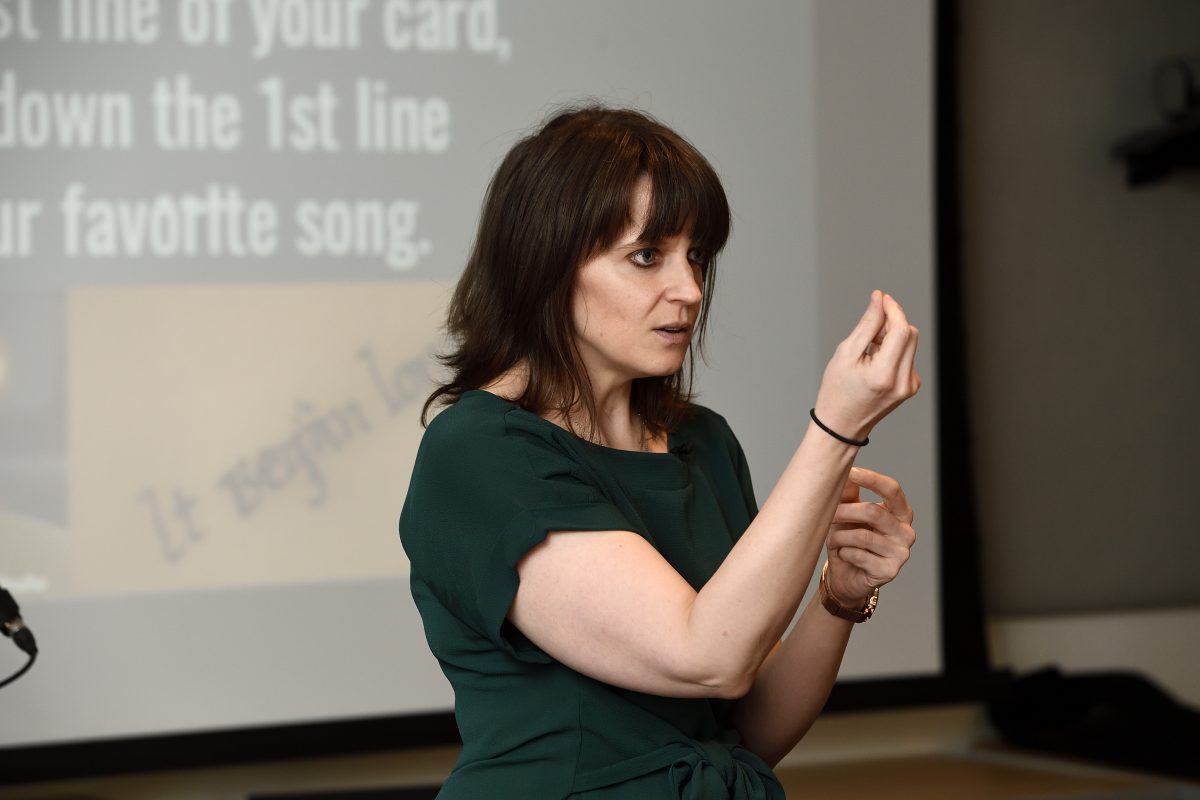 Dr. Golden’s workshop, Advancing Health Equity: Embracing the Creative Process to Evolve Health Research, demonstrated the value of using the arts as an innovative tool for communication, research and healing in underserved populations.

Addressing the Conversation Gap in Trauma

In 2012, Dr. Golden founded “Project Uncaged,” a creative writing program designed for incarcerated teen women. In her visits to detention centers, Dr. Golden observed that many of the girls suffered from unspeakable trauma, often in the form of physical and sexual abuse.  Stuck in a system designed primarily for men, they had no real opportunities to voice their experiences, and no programming to address their specific health needs.

“Every space has a rhetoric…Every space sets your expectations for what’s going to happen there and that sets the tone for where somebody might allow their heart or their body or their brain to go,” Dr. Golden explained.

Unsurprisingly, Dr. Golden found a vast communications gap between health researchers and girls in incarceration. The teens were closed off not only by the trauma they had endured, but by the norms of the space they were required to inhabit.

Amplifying Voices through the Arts 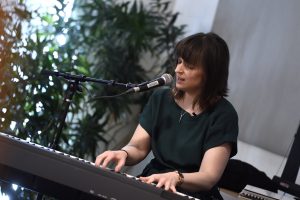 Drawing inspiration from her previous gig as frontwoman for the critically-acclaimed band Ellery, Dr. Golden turned to music—and other art forms—to bridge the divide between public health researchers and survivors of abuse.

“Over [the] years as a touring songwriter, I noticed that songs about domestic violence or depression made these stigmatized issues ‘talk-about-able.’ All over the world, listeners stayed after shows to share with me their own experiences with these issues, often telling their stories for the first time,” Dr. Golden shared.  As a result, she began to explore arts-based methods for health equity research.

Through Project Uncaged, Dr. Golden frequently shares her own songs or poems with incarcerated teens to create initial bonds of trust and model self-expression through the arts. The writing workshops that follow give the girls a safe outlet to express themselves and take control of their stories.

Project Uncaged seeks to support and amplify young women’s voices, increasing their influence over decisions that impact their overall well-being—at the individual, community and policy levels.

Practicing What You Preach 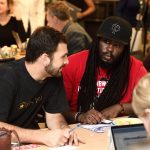 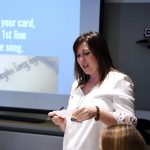 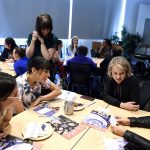 During Dr. Golden’s workshop at IAM Lab, 40 participants sampled some of Project Uncaged’s interventions, including a communal songwriting exercise, poetry writing and a reading of poems written by incarcerated women.

The activities were deliberately chosen as examples of how to use the arts to facilitate raw, honest conversation and connection amongst a diverse group.

As the Courier Journal noted, “The books [of poetry] are useful tools, because people often glaze over when she starts talking incarceration statistics for young women.

Yes, she can tell them that young girls are the fastest growing segment of the juvenile justice system. Yes, she can recite those numbers about sexual abuse and adverse childhood experiences.

But rather than rattle off numbers, she’s learned to hand a book to leaders and policymakers — and just stop talking.

The poems are short, so it’s difficult not to read the whole thing once one catches you, even if you’re just flipping through the pages.

There’s a rawness and a beauty to their writing because the girls aren’t trying to be amazing poets. They’re just trying to tell their truths.”

Dr. Golden acknowledged that traditional research often feels limited by the environment, whether it’s the doctor’s office or a conference room, and offered the arts as an antidote.  “The beautiful thing about art is that it gives us the space to be as emotional as we need to be,” said Dr. Golden.

She challenged participants of the Dialog Series to start asking the hard and uncomfortable questions and thinking about how to design a safe, social space that encourages people to open up.

Dr. Golden explained that arts-based research transcends her work in juvenile detention centers, with applications to any population dealing with trauma such as veterans, refugees or sexual assault survivors. Not only can these creative methods be used to promote dialogue among different groups, but they also deliver better quality data and tangible artifacts that can be used to influence and improve decision-making in public health.

About The Dialog Series
The monthly Dialog Series at the International Arts + Mind Lab invites today’s thought leaders from the arts, sciences and technology to share their unique lens on how the arts are essential to our health, well-being, and learning.  Our next guest, James Gordon, MD, founder of the Center for Mind-Body Medicine, will join us in September for a discussion on integrative methods for understanding and healing from trauma. Learn more from his latest book, The Transformation: Discovering Wholeness and Healing After Trauma.