A Great Day for Cognitive Science and Aesthetics 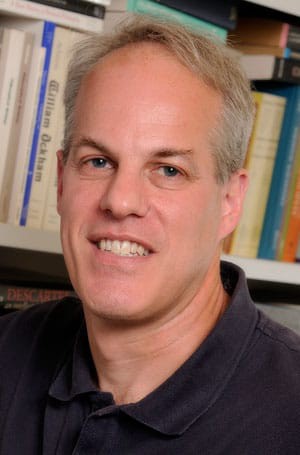 Steven Gross is an Associate Professor at the Johns Hopkins University (JHU) Department of Philosophy. He has been a regular participant of the Society for Philosophy and Psychology (SPP) and served as co-organizer of the 43rd annual meeting, as well as the organizer of the pre-conference workshop on cognitive science and aesthetics. The SPP is an organization dedicated to driving research at the intersection of philosophy and psychology and sponsors an annual meeting consisting of lectures, symposia and poster sessions. Dr. Gross’s research deals primarily with the philosophy of language, philosophy of mind and metaphysics; one way his work relates to the burgeoning field of neuroaesthetics is via his interest in the influence of cognition on perception and attention. Dr. Gross received his Ph.D. in Philosophy from Harvard University.

IAM Lab: Why did you choose cognitive science and aesthetics for the pre-conference theme?

SG: The SPP often has a themed pre-conference workshop. Recent topics have included: neuroethics, replicability, experimental philosophy and transformative experience. The themes are chosen for various reasons — because recent trends suggest it, it’s a way to bring some new faces to the conference, it’s a particular interest of the home institution or some specific funding is available, etc. All of these factors, and others, were relevant to our choice. One thing that made ‘cognitive science and aesthetics’ stand out was that it is an area that a good number of SPP members, and several JHU faculty, have interests in, but that had not been well-represented at previous meetings.

IAM Lab: How did you approach building out the lineup of speakers and topics?

SG: We drew up a list of leading figures in the field, SPP regulars with research interests in the area and JHU faculty who would likely participate. (Those categories are not intended to be exclusive of one another!) For example, at JHU, there’s the fascinating work of Emma Gregory, Mike McCloskey and Barbara Landau on an artist with severe amnesia, and Ed Connor’s work on shape preferences in sculpture. In both cases, this work exemplifies another desire we had in choosing among possible topics: that they have important upshot for areas outside of aesthetics and art. The amnesiac artist, for example, challenges long-held views concerning the distinction between knowledge of facts and know-how. The work on shape preferences suggests that information about value is already represented in perception, even before perceptual representations are more fully processed by conceptual systems. In other words, value judgments might in some cases involve an endorsement of a pre-judgmental preference. It was important to us that the topics covered be broad in their significance, however specific the work reported was. In addition, in finalizing our topics and speakers, we were biased towards topics where we could pair philosophers and researchers in the mind-brain sciences in order to create a dialogue. The talk on the amnesiac artist, for example, was paired with a talk by a philosopher critical of the claim that expert artistic performance (e.g., in dance) requires not thinking about what one knows as an expert.

IAM Lab: What did you learn that surprised you or stands out the most from the pre-conference day?

SG: When I’m the organizer of an event, I inevitably find my attention distracted by things other than content: Did we order enough food? Should I turn down the lights a bit to make the slides easier to see? So, I’m afraid what stands out for me most was that there was more variance in presentational skills among philosophers than among the mind-brain scientists! But, as a philosopher, that wasn’t something that surprised me. That said, there was indeed much content-wise that I find memorable. And I provide some examples with hesitation, since I wouldn’t want my singling out some to be taken as a slight by others. Paul Bloom’s talk on the attraction to the gruesome in art and the deft way in which he related it to the desire for struggle and accomplishment in life, covering so much so well in 20 minutes, was itself as aesthetically pleasing an instance of the genre “academic talk” as one could wish for. The talk by composer and music theorist Dmitri Tymoczko was filled with fascinating insights, but I was particularly surprised by his report that naive subjects can’t distinguish real Mozart from a replacement snipped into short fragments, permuted and taped back together!

IAM Lab: What were some of your overall takeaways from the full conference?

SG: The full conference had some 150 presentations on a wide variety of topics. So, it’s hard to isolate takeaways beyond that it’s an exciting, burgeoning field. But one recurring theme was the surprising way that odd or quirky aspects of our cognitive lives can sometimes turn out to have rationales after all, or at least be the byproducts of something else that makes good sense. One example is Dan Schacter’s talk on how various well-known imperfections of memory arise because of cognitive functions we wouldn’t want to do without. Another was Alison Gopnik’s talk on how kids’ poor decision-making is part-and-parcel of a learning strategy that enables them to be better decision makers (though correlatively less exploratory learners) when they are adults.

IAM Lab: How do you see your research focus intersecting with this field? Do you expect this overlap to grow in the future?

SG: Some of my research concerns matters that also interest researchers in cognitive science and aesthetics. For example, I’ve written several papers on the question of cognitive penetrability, which concerns whether and how conceptual states can affect perceptual states. Dustin Stokes, one of our workshop speakers, has written about this in the context of knowledgeable perception of art and gave an excellent talk at the workshop on the related topic of perceptual expertise. Similarly, I’ve written something on perception and attention, which also is a focus of Bence Nanay’s recent book “Aesthetics as Philosophy of Perception.” Among other things, aesthetic phenomena provide valuable test cases for approaches to these various questions.