Wide Angle Youth Media: Fostering the Next Generation of Storytellers 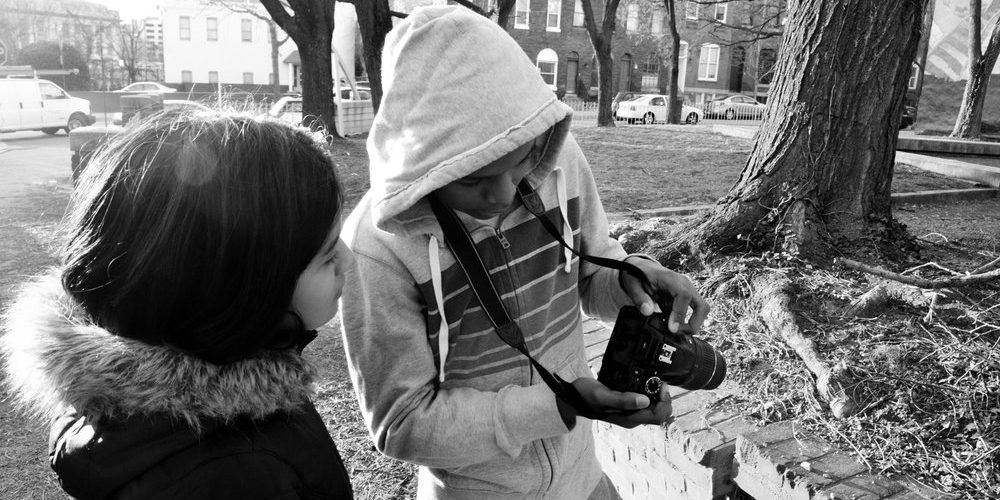 It is difficult to separate the work of the students at Wide Angle Youth Media from the city they call home.

Baltimore is, by many measures, an epicenter of racial inequity. With neighborhoods clearly segregated by race and class, the city is still defined by redlining and housing discrimination nearly 60 years after the Civil Rights Act was passed. The physical and geographic isolation has in turn led to social and economic isolation, and as a result, entrenched health disparities.

And much like the nation as a whole, COVID-19 has brought racial health disparities into sharp relief in Baltimore.

Baltimore’s Black residents—63 percent of the city’s population—have disproportionately high rates of hypertension, obesity, HIV-positive diagnoses and diabetes. Accordingly, residents in predominantly Black neighborhoods have a life expectancy that’s up to 20 years lower than those living in majority white neighborhoods.

Young people are not immune to the inequities. Black children in Baltimore face higher rates of childhood asthma and lead poisoning. Before his death in police custody in 2015, Freddie Gray faced an overlapping set of health challenges that defined much of his life. Born months premature, underweight and addicted to heroin, Gray was exposed to unsafe levels of lead as a child living in public housing—more than seven times the level that child health experts believe can cause severe brain damage.

Gray’s death shone a light on both the tragic circumstances of his life and the racially biased, unconstitutional and abusive practices of the police department that in part underlie the city’s public health crisis. It also empowered news outlets across the globe to pen their own narratives of Baltimore and its youth after the civil unrest that followed Gray’s funeral began in an area full of high school students. National and international news outlets described students as rioting thugs and criminals, leaving students feeling stunned and helpless.

Reflecting on the incident one year later, Baltimore Sun reporter Erica Green wrote, “The voices of Frederick Douglass High School students were mere footnotes after riot scenes projected worldwide…portrayed the school as the epicenter of chaos, and the students as the culprits.”

In a city and nation reckoning with racial inequity, Wide Angle Youth Media works to ensure that youth stories are more than just footnotes.

This is Baltimore is a year-long photography and essay project to reshape/take back the narrative of what it means to be a youth in Baltimore after negative mainstream coverage of the uprising following Freddie Gray’s death.

Wide Angle Youth Media is a nonprofit media arts education organization that cultivates and amplifies the voices of Baltimore youth to engage audiences across generational, cultural and social divides.

“Youth voice is more important than ever because it gives us a sneak peek into what change is to come,” said 18-year-old Destiny Brown, a Wide Angle producer.

Since 2000, Wide Angle has worked with more than 5,800 youth from across Baltimore City, producing over 1,300 digital media projects about their lives and communities. Through youth-produced videos, photography, animations and designs, Wide Angle media-makers illuminate oppression and injustice and work for social change. To date, their work has been seen by more than two million audience members.

Wide Angle’s approach includes a strong focus on equipping students for success after high school with college visits and guest lectures by professional artists in their fields of interest. Importantly, Wide Angle offers “learn and earn” paid training and apprenticeships from age 14 to 24.

Whether told through moving or still pictures, documentary or scripted films, visual stories are a powerful tool for creating understanding.

In their work, students have taken on a variety of health equity and social justice causes, including Video Team student Brandon Armstrong’s Racial Health video illuminating racial health care access disparities. Meeting the current moment, Wide Angle’s recent “Back Up, Give Me 6” campaign, in partnership with the Baltimore Mayor’s Office, encourages social distancing among youth during COVID-19.

But long before 2020, Wide Angle focused on another pandemic: racism.

Amidst the ongoing healing from Gray’s 2015 death and national Movement for Black Lives, students and staff selected Why Black Lives Matter as the unifying theme for all projects in 2017-2018.

To support students, Wide Angle hired Dena Robinson, a diversity, equity and inclusion facilitator, to teach classes, advise on curriculum and implement training for Wide Angle’s staff and board of directors. Robinson, an attorney and former Baltimore City teacher, sees young people as the frontlines of the social justice movement who aren’t given enough opportunities to lead.

“I always heard in school that middle and high school students are too young to be having these conversations and that they don’t have lived experience, but they do,” Robinson said. “Students are looking for spaces to have more nuanced conversations about their identity as Black children in this city. They tell me they wish they could have them in school, but in reality, it’s not happening there.”

Robinson turned those projects and additional expert content into a curriculum: Why Black Lives Matter- Discussing Race Through Film, Photography and Design. The curriculum uses the design thinking framework to prompt a cycle of action that begins with consciousness-raising lessons about identity.

Students learn about the contributions Black people have made to the humanities, political science, art, history and other academic pursuits, but also about the many contributions that have gone unrecognized because of unequal access to power and racial disparities in the criminal justice, healthcare and education systems. This knowledge informs students’ actions and practices in their communities.

Robinson said that students were able to hone in on their perspectives and give people an opportunity to see the world through their eyes.

“They ended up with beautiful and poignant media,” she said.

Wide Angle recently recirculated the curriculum, in light of swelling demonstrations worldwide around racial injustice and racial disparities in COVID-19 diagnoses. It is available free to the public, and so far more than 7,000 people have engaged with the curriculum.

Persisting and Resisting in 2020

During the pandemic, Wide Angle has continued its programming and will hold all classes virtually this fall. Inspired and equipped, students are diving into independent and collaborative projects.

After producing Wide Angle’s Virtual Iconic Prom with fellow youth leaders in May, Brown is creating a new take on the song “I Know Where I’ve Been” from the Baltimore-based musical Hairspray in support of the Black Lives Matter movement. She has paired audio tracks from vocalists around the country with footage and images of current and historical protests and facts about unsung African American leaders.

“I have felt overwhelmed and hopeless with the amount of hate that is present in our world,” Brown said. “I get myself and others out of this mindset by producing uplifting content. Amidst all the conflict and negativity we’re faced with every day, it is more important than ever to connect to the people around us.”