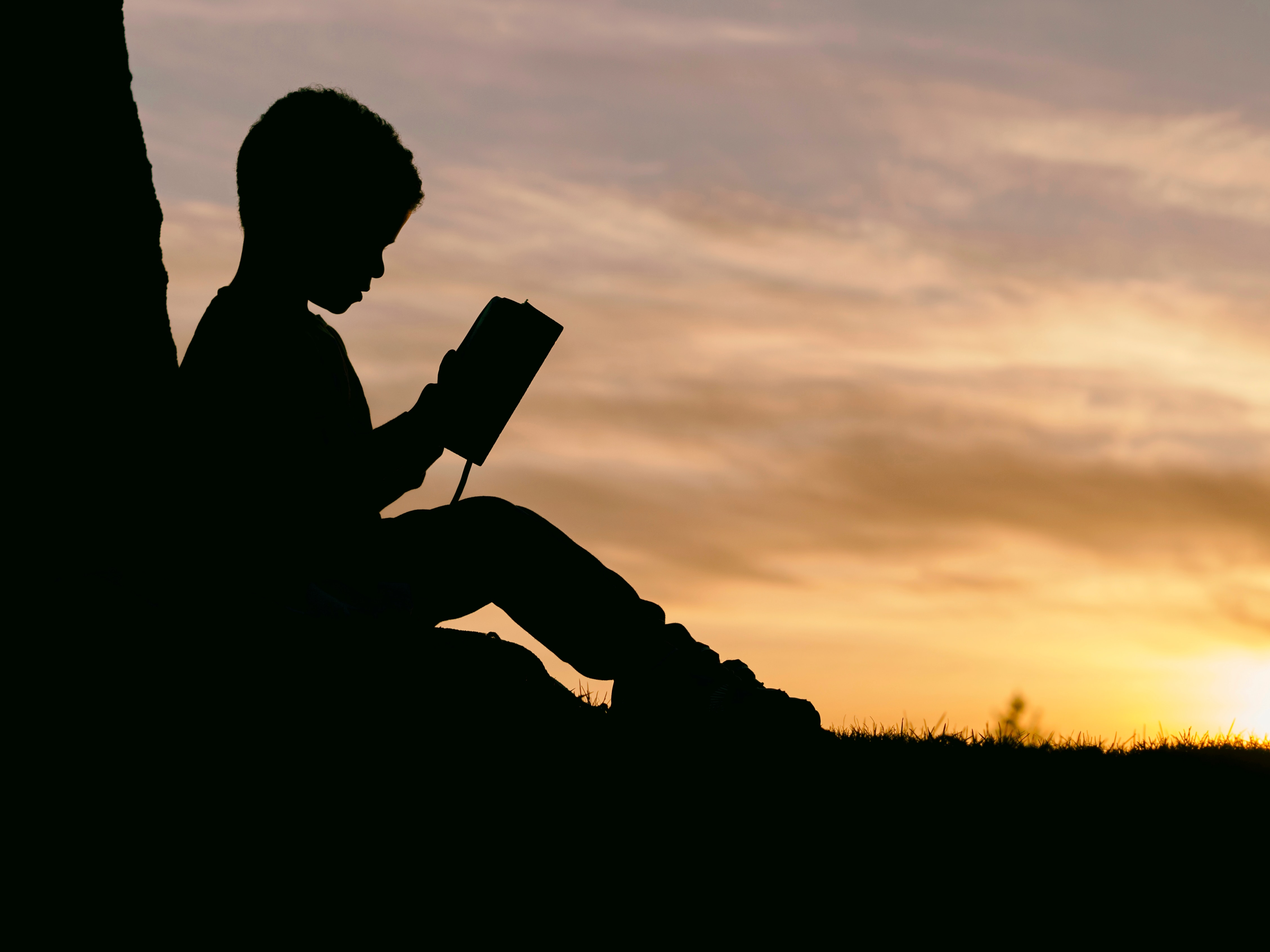 Great literature can transport us to times and places outside our own existence. As we turn each page, the characters and plots become more and more real to us. This experience of being immersed in a good book is more than entertaining; it also may enhance our real lives as social beings.

A number of scientific investigations support this contention. A review published in 2018 in the Journal Experimental Psychology: General analyzed 14 studies investigating how reading fiction impacted social skills compared to reading nonfiction or not reading at all. Most of the studies compared post-reading performance on standardized tests for parameters such as the ability to sense others’ emotions, judge their beliefs, take others’ perspectives and guess how people would react in different situations.

The researchers found a small but statistically significant improvement in social-cognitive performance in the fiction readers compared to participants in the other groups.  The enhanced social performance was detectable even though almost all of these studies required participants to read only one short fiction story.

Reading longer works might have an even greater positive effect. In fact, some of the largest effects on social cognition in this meta-analysis occurred in one study in which participants read either an entire literary novel, nonfiction book, or science fiction book. The literary fiction group had significantly higher scores on empathy measurement tests compared to the other readers.

In another study, improvements in empathy persisted one week after reading fiction—but only in readers “emotionally transported” into the story (as measured by the Emotional Transportation Measure). These results imply that total (emotional) immersion in fiction may be necessary for it to have a lasting effect on social cognition.

Better scores on an empathy test are one thing. But does that translate into real-world positive social behavior?

Research has shown that prosocial behavior may be more likely after a reader is “transported” into a fictional story that has a compassionate theme. As part of the design of a study reported in Personality and Individual Differences, the experimenter “accidentally” dropped pens on the floor in view of participants after they had read a fictional story written to induce compassionate feelings. Readers who experienced greater immersion and affective empathy from their reading were more likely to pick up the dropped pens. This finding, though limited, suggests that reading about compassionate characters can cause the reader to become more empathetic as well.

Serious Literature May Have Greater Impact Than Popular Fiction

Of course, not all fiction is created equal. One would not confuse James Joyce’s Ulysses with the page-turners that travelers scoop up in airport bookshops. If reading fiction can help improve your social skills, does the type of fiction matter?

Researchers at the New School for Social Research probed this question in a series of five experiments in which participants read literary fiction, popular fiction, nonfiction or nothing at all. A key focus of the researchers was how reading affects theory of mind (ToM), which is the ability to interpret, explain, and predict the behavior or mental state of others.

Literature readers outperformed the other groups in tests measuring emotional ToM (the ability to understand another’s emotions) in all five experiments—even in those claiming that they did not enjoy literary fiction—and also fared better on tests for cognitive ToM (the ability to understand another’s beliefs and intentions through the use of evidence and reasoning).

The study authors proposed a number of possible reasons for these results. Literary fiction, for example, tends to have characters that are less stereotypical or predictable than popular fiction. Therefore, readers are challenged to think more about the characters and get more inside their heads.

In recent years, researchers have been literally getting “more inside the heads” of fiction readers to see how brain activity changes as the pages turn. What do our brains look like on a good book? 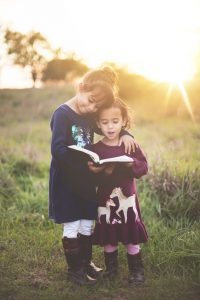 In a 2016 study published in Social Cognitive and Affective Neuroscience, researchers monitored the brain activity of 26 subjects with functional magnetic resonance imaging (fMRI) as the subjects read passages from novels, magazines, newspapers and self-help books. The brain scans revealed that fiction reading tended to increase activity in the default mode network (DMN)—a group of structures in the brain that aids our capability to mentally simulate scenes, spaces, and mental states. These changes were positively associated with higher scores on measures of social cognition. As the study authors noted, “repeated engagement in social simulation vis-à-vis fiction reading may lead to beneficial changes in the default network, which may carry concomitant benefits for social ability.”

In one investigation, for example, people with low empathy had less functional MPC/ACC connectivity (as shown by fMRI) than a medium-empathy group. These findings were positively correlated with scores measuring different aspects of empathy.

Other research has shown that changes in brain activity may be sustained beyond the time of reading. In a study conducted by researchers at Emory University, undergraduates received fMRI scans during nine consecutive evenings of reading sections of a novel, on the mornings after reading, and on five consecutive mornings after reading was finished.

On the mornings immediately following reading and the successive mornings, the brain scans showed increased connectivity in the left temporal cortex and central sulcus in the subjects.

These brain regions are involved in receptivity to language and grounded cognition (which helps us make representations of sensations for the body). “It is plausible that the act of reading a novel places the reader in the body of the protagonist,” noted the study authors.

Although there is evidence that fiction reading affects our social abilities, some research studies did not find changes in social cognition following fiction reading. This may be due to factors such as readers not having enough engagement with the reading during the study, or not having much fiction reading experience. Another factor deserving more exploration is whether people with greater social-cognitive skills tend to read more fiction in the first place. Researchers must try to account for the possible influence of these factors in their study designs.

In addition, we still do not have a clear understanding of how the changes in the brain after reading a good novel translates into changes in social behavior, if at all. More studies investigating changes in brain activity and connectivity, while measuring social outcomes would help highlight how words on the page can spur changes in our minds and our actions in the world.

Though more research still needs to be done, fiction is already reaping real-life benefits in some innovative programs, including one in Baltimore, Maryland.

Given the research evidence that reading fiction can improve empathy, the IAM Lab has partnered with One Book Baltimore, an initiative that seeks to unify the city through a shared reading experience.

Now in its second year, the One Book program has distributed 12,000 free copies of the same book to seventh and eighth graders throughout Baltimore. The two main goals of the program: 1) promote literacy and 2) forge stronger connections between children, their families, and their surrounding communities.

This year’s selection is Long Way Down, an award-winning novel by Jason Reynolds that delivers important messages about how to deal with violence that hits close to home. It tells the story of a fifteen-year-old boy who is considering whether he should seek revenge for the murder of his brother when, on each floor of his elevator ride down, he is confronted by a dead visitor who tells him about their life. Told in free verse, this story is meant to spark discussion and introspection on the impact of street violence, and more prosocial ways to respond to it in their own lives.

Additional collaborators in this effort include the Baltimore library system, the Baltimore City school district, Baltimore Ceasefire 365 (an organization devoted to stopping violence), and the T. Rowe Price Foundation.

Eventually, perhaps we will have the knowledge we need to customize the use of fiction as a therapeutic modality for individuals. Imagine the possibilities. For an empathy boost: read two chapters of Proust at bedtime daily.