Marilyn Ness and “Charm City”: The Power of Film for Change 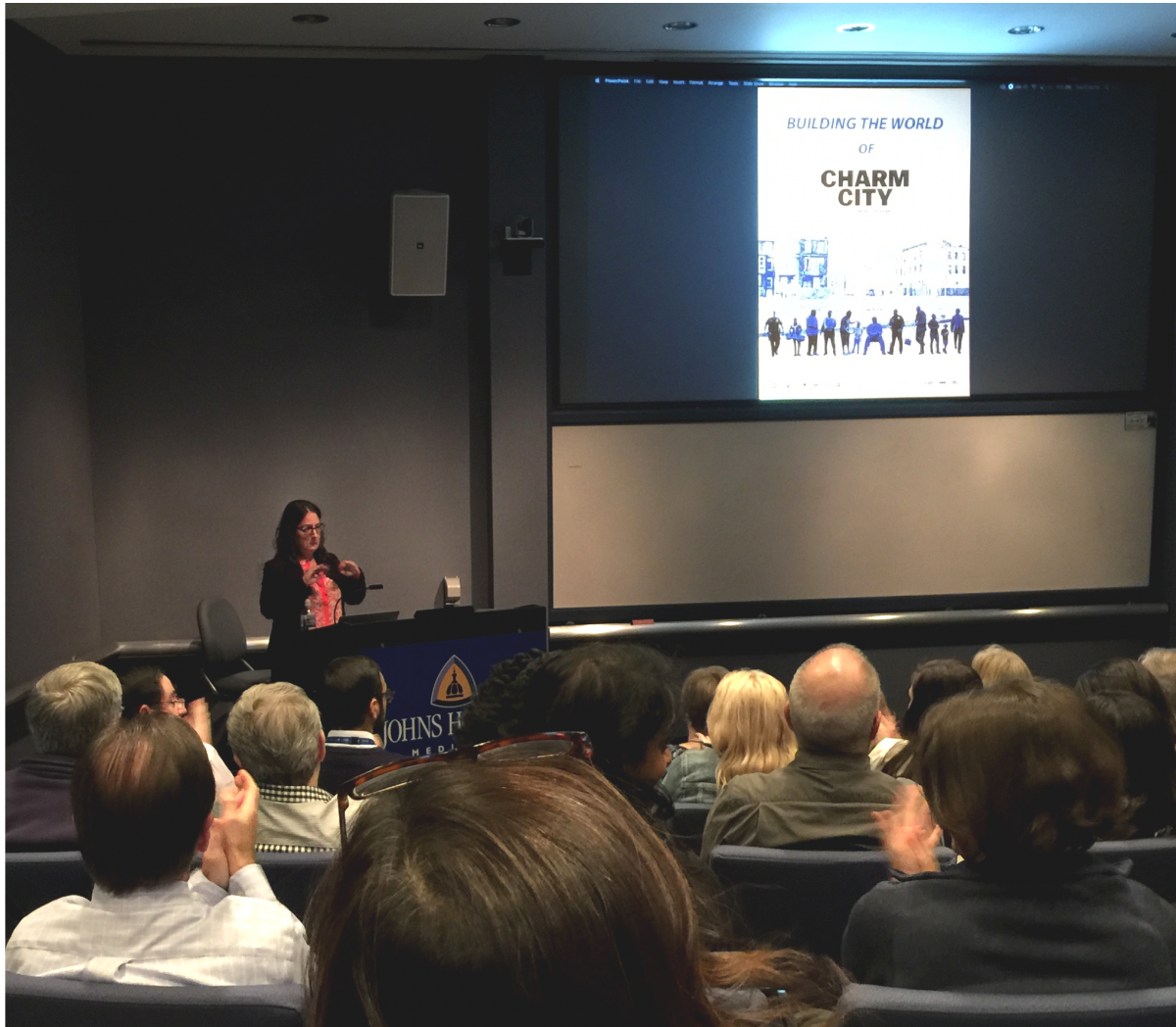 For the fifth year running, Baltimore is set to exceed 300 homicides in 2019.  With the New York Times calling this violence a “tragedy”, it is easy to fall into despair about whether change is possible at all.

Marilyn Ness’ documentary “Charm City” takes a different tack on the problems the city faces.  In the film, Ness explores the complexities of the systemic issues in Baltimore while turning a spotlight on the people whose lives are affected by it the most. “The power of film–and documentary in particular–lies in its ability to put you in a real place, make your audience feel like they are with you in that place, with real people, seeing the world through their eyes,” she said.

Great day today at the @medgreatergood symposium & to learn from @MarilynNess9-the keynote speaker about bridging the gaps between the community and healthcare leaders by becoming “footsoldiers” to advocate & create powerful health outcomes #MGG @panagis21 @whole_patients pic.twitter.com/jsvD7P8OAD

Ness interspersed her remarks with clips from “Charm City”, which showcases the day-to-day struggles and triumphs of the Baltimore Police and the “policed” living in disadvantaged neighborhoods.

“If it feels real enough, and if the subjects can trust enough to be true and real on-screen, and it’s got a real good story, then that place and those people and that story become universal,” she said. “For me as a filmmaker, that’s the holy grail.”

Among many others, “Charm City” tells the stories of Alex Long, who started a free boxing gym for youths, and of Lieutenant Colonel Monique Brown, whose story about forming a personal relationship with a struggling teen was later used in a Baltimore Police Department recruitment video.

Through these types of personal stories, Ness hopes to show the audience that “perhaps there are a few people on both sides who can reach a hand across.”

Ness’ documentary exemplifies how cinema can change minds, and with it, the broader community.  “Film lets viewers – lets you – figure out for yourself in the dark of the theater: here’s how I can contribute; this is what I can do to help,” she said.

The theme of this year’s symposium was “Art & Medicine: Partners for Healthier Communities” and the panel discussion following the keynote elaborated on the importance of using arts as a form of public health care in its own right.

Meg Chisolm, a psychiatrist and the Vice Chair for Education in the Psychiatry & Behavioral Sciences Department at Johns Hopkins, moderated the discussion amongst a diverse group of researchers, health professionals, and musicians including:

In discussing the interdisciplinary efforts required to build healthier communities, the panelists affirmed a central message from the keynote.

To fix a broken system, we need “to convince an entire city that it’s not only the job of the police or the policed to make change, but it’s the job of each and every single one of us,” Ness said.  “You need to show people how they can help.”

You can watch a livestream of the Ness’s keynote speech and the subsequent panel discussion here.  “Charm City” is available for streaming on Amazon Prime.